Sevilla are hoping to extend Youssef En-Nesyri‘s contract and quash interest from West Ham among others, according to a report from 90min.com.

The striker was on the Hammers’ radar in January and it is widely expected that David Moyes will again try to land the 23-year-old once again in the summer (Daily Mail).

In order to stave off any potential suitors, 90min.com claimed that Sevilla are keen to agree on a fresh contract with a major pay rise to reflect the Moroccan’s breakthrough season in Spain. His current contract expires in 2025, suggesting that this new deal has been brought about by a desire to offer increased wages.

Similarly to West Ham, Sevilla are enjoying a superb domestic campaign and their aspirations are largely down the goals of En-Nesryi, who currently sits on 13 strikes in 22 La Liga appearances. Recently, former Liverpool ace Luis Garcia proclaimed that the 23-year-old has been ‘on fire’ in Andalucia.

Moyes stood firm in January and didn’t bow to external pressures baying for a new striker, a decision which has since seen some justification as the Irons continue their fine form.

This summer’s search for a new centre-forward is going to be a compelling one. With a host of suitors available to the Hammers, and Moyes determined to land the perfect solution, it could be a long and drawn-out process.

West Ham will certainly hope that En-Neysri sees his future elsewhere, but with Champions League football looking a distinct possibility in Seville, prising the Moroccan away in the summer could be an ominous task. 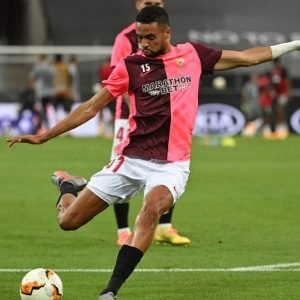 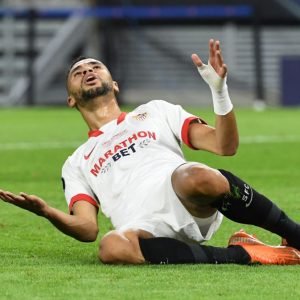