To claim that Tomas Soucek has been a revelation for West Ham may well be the understatement of the season.

Plucked from the Czech top flight, the ex-Slavia Prague man mountain has been an impenetrable buttress weathering the brunt of attacks against David Moyes’ men.

His bloody head injury sustained in the Hammers’ 2-1 win against Spurs on Sunday was a visual cue which epitomised his all-action willingness to get stuck in and place his body on the line for his team.

The defensive midfielder is even the Hammers’ top scorer with eight league goals to his name this season. Offensively lethal and defensively robust, he is the beating heart of Moyes’ West Ham side.

One key statistic brings to the fore the immense quality he has brought to east London. As revealed by Wyscout [via Football Insider], he has won the most aerial duels in all of Europe’s top five leagues (261) and has also played the fifth-highest number of progressive passes (212).

Combative abilities such as those would be invaluable to any side – so much so that Football Insider previously claimed that Manchester United were keeping tabs on the progress of the Czech international.

It may not be long before the speculative transfer spotlight angles away from Declan Rice and towards his Czech team-mate in the middle of the field.

With his heroics earning him plaudits and putting him at the apex of European data charts, it would not be surprising to see a major domestic or continental club tabling a gargantuan bid in an upcoming transfer window.

Moyes’ personal role in recruiting Soucek appears ever-shrewder with each passing game that the 25-year-old plays.

Will a major club come in for Soucek in the summer? 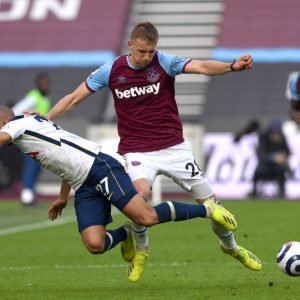 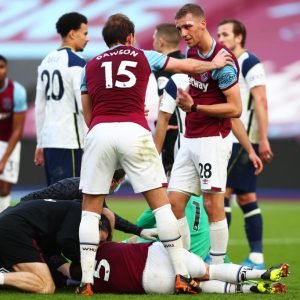