Sky Sports punditry duo Jamie Redknapp and Micah Richards were in awe of West Ham midfielder Tomas Soucek during the Hammers’ 2-1 victory over Tottenham on Sunday.

The duo were commending the bravery shown by the Czech Republic midfielder, who embodied the resolve within David Moyes’ side by standing up to block a shot despite suffering a nasty head wound.

Former Manchester City defender Richards said on Sky Sports: ”Soucek, he’s like a man mountain in there. His mentality now is a different level.”

The 25-year-old was at his inspirational best throughout the match and made four clearances as the Hammers withstood a late barrage of Spurs pressure.

Albeit mere quips from Redknapp and Richards, Soucek’s warrior-like spirit has been a major driving force in the West Ham midfield; and his determination to get on the end of crosses, particularly in an attacking sense, has encapsulated the team’s desire to succeed this season.

Soucek tops the goalscoring charts for the Hammers this season and has been nothing short of a revelation since first arriving last January.

Has Tomas Soucek Been West Ham's Best Player This Season? 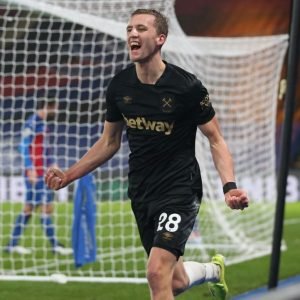 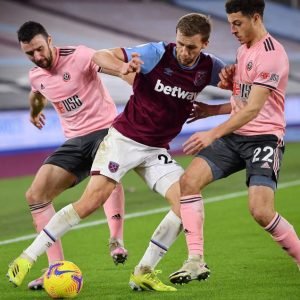