West Ham are believed to be open to selling Fabian Balbuena as the January transfer window deadline approaches, according to a report from The Telegraph.

The report claims the Hammers would only consider substantial permanent offers for the defender, with a loan move off the cards.

The 29-year-old centre-back was a mainstay in David Moyes‘ selection in the early weeks of the season where he made 12 appearances in the Premier League.

However, with the form of Craig Dawson and the continued impressive performances of Angelo Ogbonna, the Paraguay international has found himself on the periphery of late.

With speculation rife around the future of both Issa Diop and Winston Reid and whether they will remain with the Hammers beyond deadline day, Balbuena could be a surprise departure from the London Stadium.

Balbuena made a promising start to the campaign and it seemed as though the experienced Iron would be the first-choice partner to Ogbonna this term.

Although it seems as if his impression wasn’t a lasting one as Dawson comfortably usurped the Paraguay star in the pecking order.

With five senior centre-backs in the squad, there is definitely scope to allow one to leave this month, especially if it allowed an incoming elsewhere.

With the Irons still in need of a striker this month, a permanent fee for Balbuena, who is valued at £7.2m by Transfermarkt, could further fund any potential incoming as the final hours loom large. 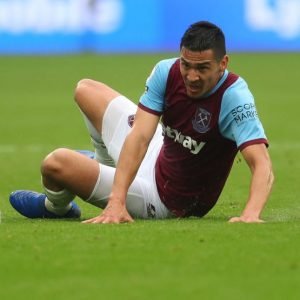 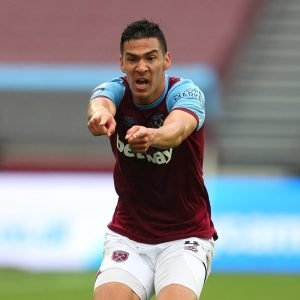