Another day, another striker being linked with West Ham. This time it’s the turn of Bordeaux’s Josh Maja to be linked with a move to the London Stadium.

The Hammers are embroiled in this month’s rumour mill as David Moyes attempts to sign a striker to replace Sebastien Haller.

TalkSPORT reporter Alex Crook has added Maja’s name to the mix on the White and Jordan Show (Thursday, 11.50am), claiming the Irons are interested in bringing the 22-year-old to east London.

He revealed: “One possible target is Josh Maja. Maybe he wants to come back to England. He was born in London and has links with David Moyes from their time at Sunderland. He would be a much cheaper option, just keep an eye on that one.”

Maja, who has one Nigeria cap, made his breakthrough during the 2018/19 season with Sunderland, scoring 15 goals in their opening 24 League One matches before signing for the French Ligue 1 club.

By contrast to those impressive exploits as a teenager on Wearside, Maja has managed just two goals in 17 appearances this season in southwest France.

Anyone who watched Sunderland ‘Til I Die on Netflix may confess that they would have urged West Ham to move heaven and earth in order to land Maja two years ago.

However, after failing to live up to his early billing during his time in France, the strong frontman is a less attractive proposition nowadays.

Valued at £5.85m by Transfermarkt, still with plenty of time to develop and with a pre-existing relationship with Moyes already established, there remains some sense in the Irons’ reported interest.

As a ready-made Premier League prospect, however, there are stronger alternatives to be found. 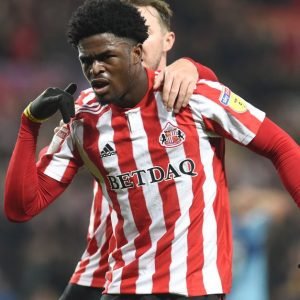 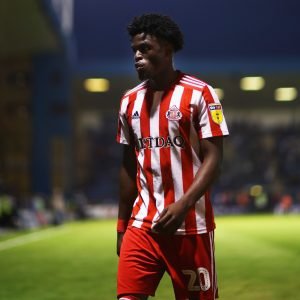