Martin Braithwaite, a reported summer transfer target for West Ham, has been tipped to return to Leganes as his time at Barcelona seemingly fizzles out.

Reputable Spanish outlet Marca have suggested the Danish striker’s departure from the Nou Camp back to his former side would be a ‘welcome option for both clubs’.

David Moyes seemed to hold a tentative interest in bringing in a centre-forward during the summer but ultimately ended up signing a winger, a right-back and a centre-back as the window drew to a close.

With Luis Suarez and Ousmane Dembele both injured at the time, Braithwaite signed for the Catalan giants in February outside of the regular permitted transfer window.

The Denmark international, who played against Declan Rice in the UEFA Nations League last month, has scored just once in 17 appearances for Barcelona following his controversial move.

It seems as though the 29-year-old former Middlesbrough man’s time at Barca could be coming to an end almost as suddenly as it began, having been linked with a host of clubs across Europe in recent months.

Whether Moyes would head back in for Braithwaite is up for debate as other strikers seem to have moved ahead of the Denmark international in the list of January targets at London Stadium.

With the Barcelona man 29 years old and having enjoyed mixed fortunes during his last spell in England, Moyes would be wise to look elsewhere.

What is for definite is the Hammers’ squad needs an additional striker. Most squads across the Premier League have at least three natural centre-fowards in place, whilst West Ham have just two in Michail Antonio and Sebastien Haller.

Antonio was recently out injured and Haller initially cut a frustrated figure in his attempts to emulate the sidelined 30-year-old.

The only other options for Moyes currently are academy prospects, the most prolific of which is highly-rated youngster Ademipo Odubeko, who is still just 18, and Moyes could be reluctant to pin his hopes on a teenager who is yet to make his first team debut. 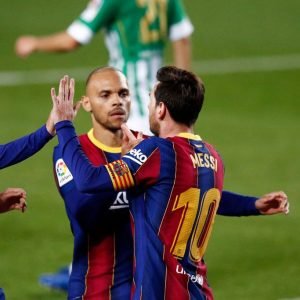 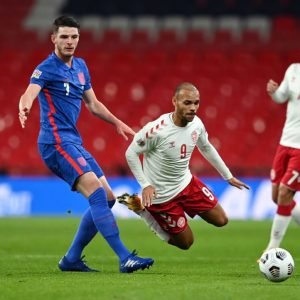