West Ham will go back in for Bournemouth striker Josh King in January, according to a report from reputable insiders Claret and Hugh.

The report claimed that Hammers boss David Moyes has come to a decision over his preferred striking target and wants to bring the 28-year-old Norweigan to London Stadium.

Moyes was linked with a move for the 51-cap Norway international during the summer but ended up not signing a recognised striker.

However, after Michail Antonio’s recent injury troubles left Moyes with just one fit senior centre-forward, it has been expected that the Irons manager would revisit his options in the January window.

West Ham could perceivably sign the Championship striker at a cut-price fee, with King’s Bournemouth deal expiring next summer.

After six goals and four assists in the Cherries’ ultimately disappointing Premier League campaign in 2019/20, King is yet to have a direct goal involvement this term.

However, with 17 senior international goals and 48 Premier League strikes to his name, King still represents a viable option for the Irons as a proven goalscorer.

West Ham fans know the striker’s prowess in front of goal all too well as, during his best goal-scoring season in 2016/17, the former Manchester United man put the Hammers to the sword with a hat-trick in a 3-2 defeat for the Londoners.

With a market value of £11.7m according to Transfermarkt and with his contract near to its conclusion, the Hammers could well land a January bargain in King.

The player was keen to make a move in the summer, which may go some way to explaining his poor start to the new season.

Regardless of current form, at 28 and with a track record of scoring Premier League goals, Moyes would be crazy not to at least attempt to land the versatile and pacey Norwegian.

Is Josh King The Best Available Option For West Ham? 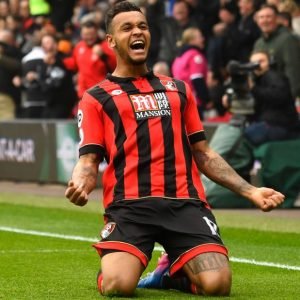 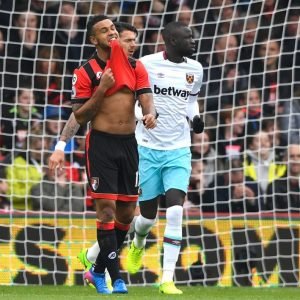