Speaking to Football Insider, Whelan has said the 28-year-old will be in demand when the transfer window reopens, and the Cherries may face a host of bids for the Norweigan.

During the recent international break in an interview with Norwegian outlet TV2, King, who was widely linked with a summer switch to the Hammers, described the ”worst two months of his life” after failing to secure a move and how he has an ”agreement” in place with Bournemouth allowing him to leave.

However, Whelan believes David Moyes will not be alone in his interest in the striker: “I can see why they want him (King) and I can see why other Premier League clubs want him. He’s a goalscorer, his movement, his pace, his intelligence, he brings to the table all of that.”

The 45-year-old also claimed Moyes still needs an out and out striker, despite bringing in Said Benrahma on deadline day: “It’s a massive plus for Bournemouth but West Ham still very much need another striker like that so they’ll be watching and waiting in the wings, no doubt and hoping they get the first bite of the cherry to take him there.”

Although the Hammers have made a relatively impressive start to the 2020/21 season, there is certainly still a place for an additional striker in the squad, especially one with 48 Premier League goals to his name.

As things stand Moyes relies heavily on Michail Antonio, who despite his current run of form in terms of performance and injury, has a track record of spells on the sidelines.

It’s the absence of Antonio that worries Hammers fans, direct backup Sebastian Haller hasn’t covered himself in glory since arriving at the London Stadium, with just eight league goals in 36 outings.

Should David Moyes Go Back For Josh King? 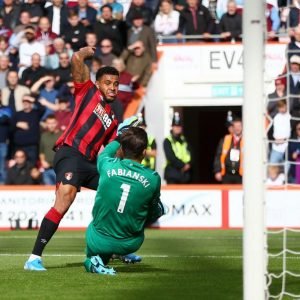 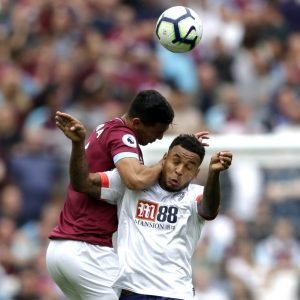