West Ham captain Mark Noble has found himself on the periphery of the first team this season and has had to be content with a place on the bench more often than not.

Despite his legendary status at the club, the man known as ‘Mr. West Ham’ has slowly but surely been phased out of the reckoning for a starting berth with the blossoming partnership between a progressive Declan Rice and permanent summer arrival Tomas Soucek.

However, after fully recovering from an injury-hampered couple of weeks, Hammers manager David Moyes could be well served by turning back to his reliable leader for the trip to Sheffield United on Sunday.

Both Rice and Soucek were involved for their respective nations during the international break, including 90 minutes in midweek apiece, matches in which both players found the net. All the while, Noble trained at Chadwell Heath in preparation for the return of the Premier League this weekend.

Neither Rice nor Soucek has done anything to warrant being dropped, but it could be argued Noble won’t be fresher than the pair at many points during the compact season, and Moyes needs to take advantage when he is.

In fact, Rice is yet to miss a single minute in the Premier League this season, underlining the importance of the 21-year-old.

Ultimately the Irons squad is at least one natural centre-midfielder light, something which may be addressed in January, perhaps with a member of Sunday’s opposition in John Lundstram.

In the meantime, Moyes would be wise to rotate his central midfield trio whenever possible as the league approaches the most hectic period of an already busy campaign.

Noble’s opportunities to start matches have been rightly limited this season. However, up against a Sheffield United side that has struggled to get going this term, the time is right to let one of the solid pair of Rice and Soucek have a rest.

Soucek is perhaps the most likely to be left out given the travel load the Czech Republic squad faced during the international break.

With 385 Premier League appearances to his name at 34 years of age, Noble is unlikely to let anybody down, whether it be on Sunday when he could take the armband off Rice, or during any of his fleeting appearances this season.

Should Mark Noble Start On Sunday? 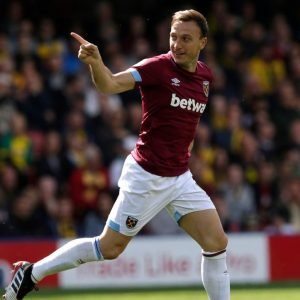 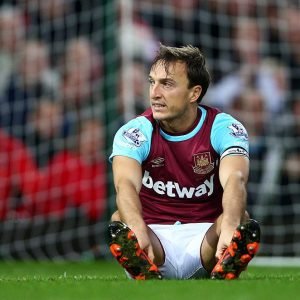