Former Premier League striker and scorer of 187 Premier League goals Andy Cole has praised Hammers captain Mark Noble for his commitment and his reaction to the sale of Grady Diangana in the summer.

Speaking on talkSPORT’s Sunday session, Cole spoke about Noble, who he called ‘Mr. West Ham’, and his leadership following the sale of Diangana to West Brom.

Cole said: ”He’s concerned about the football club as well as the team and as well as his teammate. Rightly so, he’s the captain, he’s ‘Mr. West Ham’ and he wants the best for West Ham.”

The sale of Diangana was sanctioned despite outcry from many angry Irons fans who believed they’d be best served to hold on to the young winger who had come through the academy setup.

Club captain Noble wasted little time in airing hos own frustrations at the 22-year-old leaving the club, replying to the club’s official Twitter announcement with his concerns: ‘As captain of this football club I’m gutted, angry and sad that Grady has left, great kid with a great future!!!!!’

Cole claimed Noble spoke out because he believed Diangana was good enough to play in the first-team, something that is hard to argue with after his performances in the Championship last season.

The 49-year-old went on to say: ”I think he did really well speaking as the captain.”

The club sold Diangana despite outcry from many angry Irons fans who believed they’d be best served to hold on to the young winger who had come through the academy setup.

Whilst the start made to the 2020/21 campaign and the signing of Said Benrahma may have gone some way to appease both the fans and Noble over letting Diangana leave, there is bound to be lingering resentment over allowing a talented one of their own leave the club, especially to a Premier League rival.

Noble’s commitment to the cause however has been and remains unwavering to this day.

After making his debut back in August 2004, some 384 appearances later and the 33-year-old is still making the Hammers bench at least. Although his on-field influence may be on the wane with Declan Rice quickly becoming a figurehead, Noble is sure to hold plenty of dressing room power yet.

Who's Your West Ham Captain? 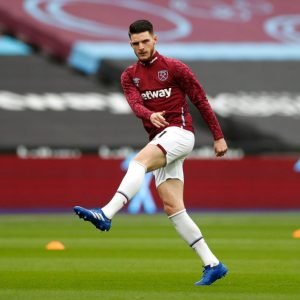 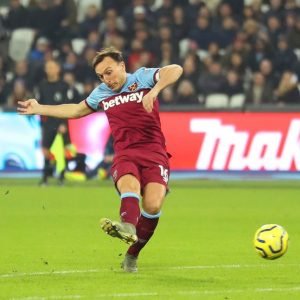