West Ham manager David Moyes has held his pre-match press conference ahead of the Premier League’s return with a visit to Sheffield United on Sunday.

The final international break of 2020 has come to an end and West Ham can concentrate fully on domestic matters until March.

Moyes spoke about his players’ fitness, a key midfielder, and the ongoing issue around the five-substitutes rule.

Here are the key points from the Irons boss…

“He’s back doing training. We’ve got a couple of days yet to see how he is. The truth is I couldn’t give you a complete answer, but he’s getting much closer that’s for sure. What he has done in the last few months, his form has been so good. He’s a physical presence, really important.”

On his team’s momentum:

“We want to keep our form up and keep playing the way we’re playing. We’ve been creating a lot of chances and we want to keep that going.”

“They’ve had a very similar run of games to us at the start of the season. They’ve also had a couple of injuries to key players. They’ve got a really good manager and a good group of players who have been around together for a long time, and that will make them strong which they can use as the season goes on.”

“He’s maturing. He’s picking up from good people, like Mark Noble. I think from Declan’s point of view it’s continuing to learn – see what good leaders look like. We’re trying to get him to take more leadership, more responsibility, and he’s certainly doing that.”

“It’s a conversation which we’ve heard a lot about recently. My opinion was that we should just have three subs because I felt it would help the sides with the bigger squads and budgets, but what I didn’t foresee was the amount of injuries.”

No word on Andriy Yarmolenko but it’s almost a given the Ukrainian will be unavailable for Sunday.

Reports have suggested Antonio will undergo a fitness test before the match and that will determine how much, or whether at all, the 30-year-old can be involved.

The upcoming run of fixtures look favourable for the Irons on paper, but the early points against tough opponents would count for little if Moyes’ men don’t cash in now.

Should The Five Sub Rule Be Reinstated? 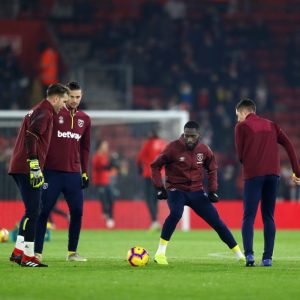 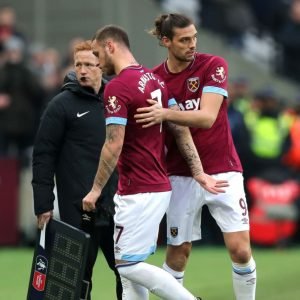