Speaking to Football Insider, Campbell stated his belief that the club and player will “come to an agreement” over a new deal before the end of the season.

The 30-year-old has missed the Hammers’ last two matches with a hamstring injury suffered against Manchester City, a game in which he scored the opening goal in style.

However, the club’s top league goalscorer this season is due to be out of contract in June, although there is an option to extend his current deal by 12 months, Campbell believes a new deal will be in place by then.

He told Football Insider: “The club will have their valuation and Michail Antonio will have his valuation. Put it this way, if you are West Ham I do not think you could argue about the amount of years. You could structure it so there is a caveat of a year either way but you cannot let him leave.”

The 50-year-old, who scored 82 Premier League goals, including five against West Ham, feels that discussions are inevitable, saying: “The negotiations will go on and they will come to an agreement.”

David Moyes will no doubt be keen to tie down a key player for the long-term, as well as being keen to have him back for Sunday’s trip to Sheffield United – Antonio faces a late fitness test before his potential return.

As players worthy of a new improved contract go, Antonio is a no-brainer. The forward has been in inspired form since football’s return over the summer and has continued in the same vein in 2020/21.

Seen as somewhat of a utility man without ever holding down one definite position to call his own, the powerful 30-year-old has reinvented himself in recent times and is now comfortably the standout focal point of Moyes’ side.

Injuries aside, Antonio has been among the top performers in east London for some time, although it is those injuries which may lead to Moyes seeking further striking options in the near future. 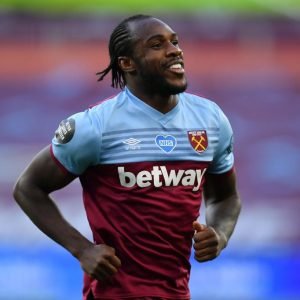 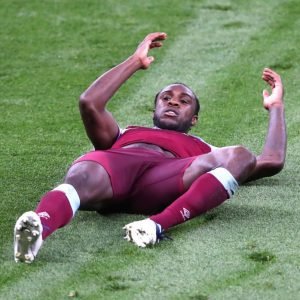