West Ham winger Andriy Yarmolenko has tested positive for Covid-19 whilst away on international duty, as confirmed by Claret & Hugh.

Yarmolenko is one of five Ukrainians named by the nation’s football association during the current international break to have contracted the virus, and the 31-year-old is set to miss at least one West Ham game.

He missed his country’s friendly with Germany and will also miss the Hammers’ trip to Bramall Lane to face Sheffield United on Sunday.

Yarmolenko arrived in east London from Borussia Dortmund for a fee of £18m back in 2018 and has since made 41 appearances for the club, with team-mate Declan Rice hailing him as a “top” player with “really special” technique.

However, this season the Ukrainian left-footer has seen his opportunities decline, making five Premier League appearances amounting to just 97 minutes of top-flight football.

Prior to this season, the absence of the experienced winger would have been a major dent in David Moyes’ plans. Albeit still a blow to the squad, given his current form and the options now at Moyes’ disposal, it’s unlikely his absence will have a significantly negative impact.

Jarrod Bowen and Pablo Fornals have occupied the wide berths whilst summer signing Said Benrahma finds his feet at the London Stadium and awaits his first chance from the start. In the meantime, Robert Snodgrass waits patiently for his opportunity to show that he still has plenty to offer at West Ham.

The Ukrainian’s place in the squad is likely to be taken by Mark Noble, who has returned to fitness.

Should he recover well, Yarmolenko is set to be available again for the match against Aston Villa on Saturday 5 December, although it remains to be seen whether he will walk back into the squad. 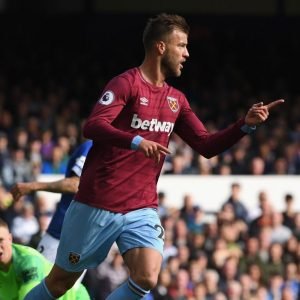 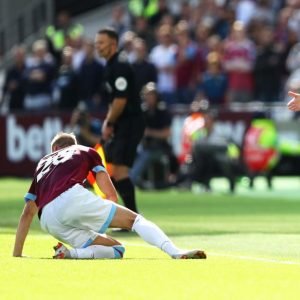