West Ham to a man were impressive on Saturday as they earned a hard-fought 1-1 draw with Manchester City.

However, one man’s performance and stats to back it up has caught the eye in particular.

Declan Rice, current Hammers captain, was once more in fine form for the team in claret and blue.

Rice produced almost the perfect display as the defensive midfielder more than held his own against a star-studded visiting midfield.

The 21-year-old had dealt with everything Gundogan, Rodri, and Bernando Silva threw at him before the deputy leader was faced with Phil Foden and Kevin De Bruyne in the second half.

Popular football statistician Statman Dave produced the England man’s numbers for the game that saw Rice come away with a clean 100% sweep in passes, completed long-balls, tackles, and takes-ons.

Rice also made four ball recoveries four interceptions during his 90-minute stint at the heart of the midfield, and West Ham fans were quick to respond.

Twitter: @StatmanDave Deserves to be branded world class soon if he keeps coming up with consistent performances like this. (@NsS_Marc89)

Twitter: @whufc_news @ExWHUemployee @StatmanDave For me he is the best holding midfielder in the premier league!

Declan Rice’s performances have long since been attracting plenty of attention, and another outing from the youngster like this, particularly against such strong opposition will only act to heighten the furor around him.

The Hammers board may be wise to reward his form with a new deal before potential suitors can renew their interest.

Do West Ham Need To Keep Hold Of Declan Rice? 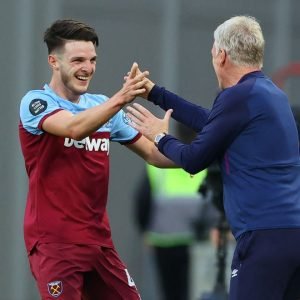 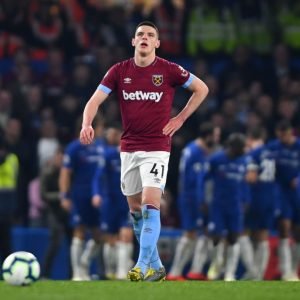