Tottenham Hotspur have dropped a hint on social media that their returning on-loan star Gareth Bale, could well make his second debut for the club in Sunday afternoon’s London derby.

The Hammers make the short trip across London to the New White Hart Lane Stadium and may well be reacquainted with the Welsh star for the first time since his big-money departure to Real Madrid in 2013.

Having rejoined Spurs on loan for the season almost four weeks ago, Bale, now 31, is yet to appear for Jose Mourinho’s side.

However, this morning on the club’s official Twitter, the four-time UEFA Champions League winner was pictured in training with the caption ”All eyes on Sunday.”

Bale did not join up with the Wales squad during the international break so he could stay behind and work on his fitness, and could now be in line to return against the Hammers.

Despite a distinct lack of competitive football in recent months for the Welsh forward, Bale possesses bags of quality.

Quality Irons fans are all too familiar with as during his first stint with Spurs, back in February 2013, it was a last-minute stunner from the former Madrid star that separated the two sides, giving Spurs a 3-2 victory.

David Moyes’ side comes into the match in good form and will be confident of dealing with Tottenham and Bale, although his inclusion undoubtedly makes the meeting a tougher prospect.

Whilst it’s difficult to second guess where the forward may play, Moyes may well look to implement a man-marker in an attempt to nullify his threat. Should the Scottish manager feel the need to give special attention to Bale, England man Declan Rice is perhaps the prime candidate for the role. 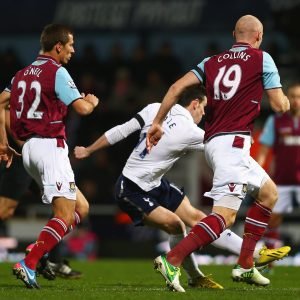 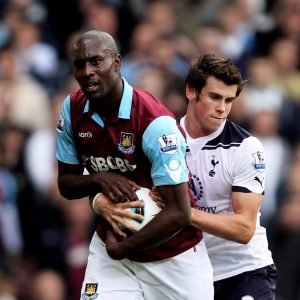