Having started the last five England internationals, Rice’s influence on the squad has increased rapidly since his debut against the Czech Republic in March 2019 having chosen to represent the nation over the Republic of Ireland who he played for at youth levels.

Now, the 21-year-old has been rewarded with lavish praise from the national manager, who has named Rice as one of the ‘younger leaders’ amongst the squad.

Via West Ham’s official site, Southgate said: ”He (Rice) has huge potential and the reason he has that potential is because he has a great mentality and desire to keep improving.”

“With us (England) we are delighted, pleased with how he is developing,” the England manager enthused. “We have leaders who are older players, but he is a younger one,”

“He is a good professional, wants to learn, wants to work for the team, digs in for the team, is getting more vocal on the pitch. He has the respect of the rest of the group.”

Rice’s leadership qualities have long been at the forefront of his West Ham performances, taking the captain’s armband in the absence of club skipper Mark Noble.

Now it seems having earned 11 caps, the defensive midfielder is beginning to influence the England setup in a similar way. With praise for the national team manager a huge boost to his confidence.

Long touted as a potential long term captaincy replacement for Noble, Rice has enough time ahead of him in his carer to be considered potentially a future national team captain.

The 21-year-old played 75 minutes in the 1-0 defeat at the hands of  Denmark at Wembley. Working hard to resurrect the performance after the hosts were reduced to 10 men after 30 minutes. 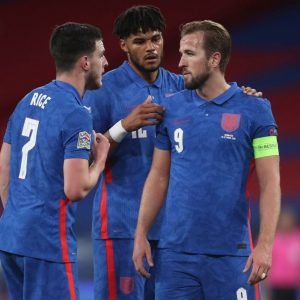 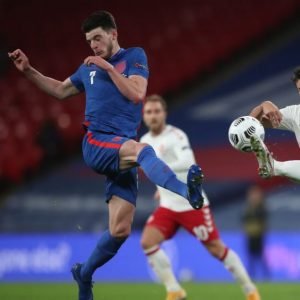