Returning to work after a period of isolation and working from home, successfully, David Moyes has held his pre-match press conference with WHUFC.com ahead of Sunday’s trip to Tottenham Hostpur.

The Scottish manager has also given the latest major update on the Said Benrahma transfer with just hours remaining in the transfer window.

Here are the key talking points from a very short showing…

Asked how he was feeling after recovering from Covid-19, Moyes said: ”I’m all good. Like everybody else, I followed guidelines, stayed at home a bit longer than my date because I didn’t want to be a spreader. I had a brilliant team looking after the football team. Really pleased.”

On the recent idea to reform football put forward by Liverpool and Manchester United, Moyes said: “I certainly don’t agree with Project Big Picture because I’m someone who’s really close to grassroots football. I’ve worked and played through all the lower leagues. I’ve now managed top teams and I’ve seen the other side of it – it can’t always be the top clubs looking after the smaller clubs.”

On the ongoing Benrahma saga, following reports the Algerian had failed his medical, the 57-year-old replied: ”That’s not correct [failing a medical]. We are still hopeful something can be done later today but I can’t guarantee that. Part of his medical is ongoing.”

A short but sweet update from the Hammers boss at Rush Green training ground, who clearly has other things on his mind today.

Hopefully, we may see him once more today stood beside a new signing. 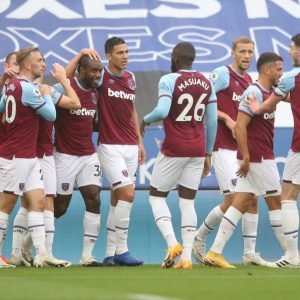 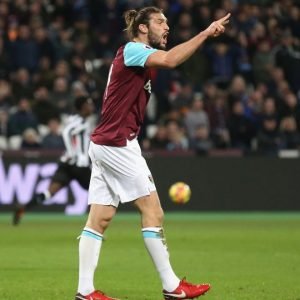