West Ham have been named among the clubs vying for the signature of Real Madrid attacking midfielder Isco.

The 29-year-old is out of contract at the end of this season and a host of sides across Europe are keen on signing the Spaniard.

Alongside interest from the Hammers, Barcelona, Fiorentina, AC ​​Milan, Juventus, Borussia Dortmund and Sevilla are all believed to be in the mix.

That’s according to a report from Estadio Deportivo, which revisits previously cited admiration from east London.

📰 @fichajesnet: #Isco will leave #RealMadrid at the end of the season. He could join #Inter, but #ACMilan also wants to try to acquire the player. #BVB and West Ham are interested in the Spanish. pic.twitter.com/iteEHsERRV

The report claims that Sevilla lead the way for the 38-cap ace but no club should be ‘ruled out’ in the pursuit.

So far this season Isco – who was hailed as ‘incredible’ by Andres Iniesta – has scored twice in 14 fleeting outings across all competitions for Los Blancos.

Still valued at £6.75million (Transfermarkt), singing the creative midfield maestro for free this summer would be a worthwhile acquisition.

However, David Moyes is relatively well-stocked in the attacking midfield deportment with Manuel Lanzini, Said Benrahma, Pablo Fornals and Nikola Vlasic all in situ.

Therefore, despite boasting a bulging trophy cabinet containing 18 major honours, adding Isco to the ranks on likely high wages mightn’t be the smartest piece of business. 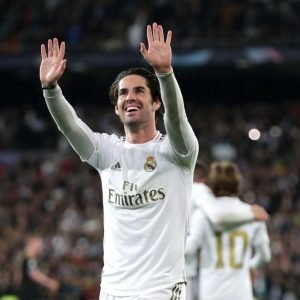 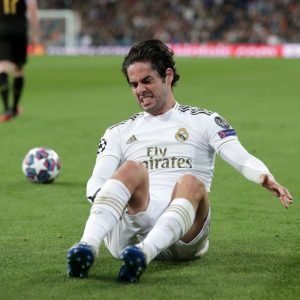