Former West Ham defender Tony Gale was critical of the performance from Said Benrahma against Wolves on Saturday (November 20).

The 25-year-old Algerian had enjoyed an upturn in form in recent weeks and looked to be cementing himself as a regular in David Moyes’ plans.

However, operating as a number 10 at Molineux, Benrahma failed to influence proceedings as the Hammers went down 1-0.

Speaking on the Premier League’s world feed, the iconic Iron called out the skilful ace for a below-par performance.

Benrahma has been struggling today. Not able to get a hold of this contest. Maybe a position change can help him rediscover his form.

On what was a disappointing afternoon overall in the Midlands for Moyes’ side, Benrahma achieved the visitor’s second-lowest Sofascore rating – only ahead of Pablo Fornals.

Losing possession on 13 occasions, the man signed from Brentford was rated 6.40 for his 71-minute display.

Overall this season the 26-year-old has scored six times and registered another three assists in 17 appearances across all competitions.

Put this down to a bad day at the office.

In truth, only Aaron Cresswell covered himself in even partial glory as West Ham suffered defeat.

Predominately operating from the left wing throughout his professional career, perhaps there is something in Benrahma misfiring as a 10.

Moreover, the Hammers’ faithful should be delighted with the form of their £22.5million valued ace and can look forward to an immediate return to influential outings. 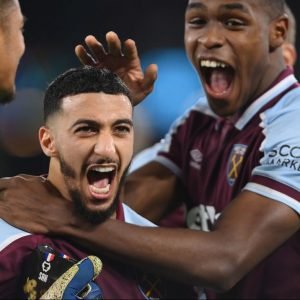 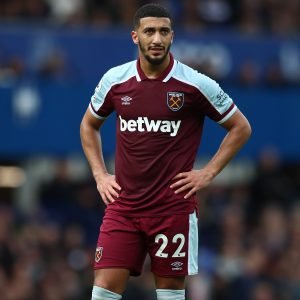