West Ham have reportedly made their first official move of the summer transfer window with a bid for Fiorentina central defender Nikola Milenkovic.

The Hammers have been heavily linked with the Serbian for some time and saw an attempt rejected last summer.

Not perturbed, the Irons have reignited their interest and have entered an €18million (£15.5million) bid to land the 23-year-old.

That’s according to Sky Sports Italia and Football Italia, as cited by TheOtherSideOfThePond on Twitter.

have made an offer for Nikola Milenkovic

The report claims the Florence based Serie A side will hold out for bids in the region of €25million (£21.5million) for the 28-cap ace.

Also linked with Italian superpowers Juventus, Napoli and Lazio, the Irons will want to tie up the negotiations as swiftly as possible.

During 2020/21, Milenkovic made 34 appearances in the top-flight, scoring three goals and earning an average Sofascore rating of 6.96.

Valued at £22.5million and under contract at La Viola until 2022 (Transfermarkt), all parties would be receiving a shrewd deal at the mooted £21.5million demand.

Whilst Fiorentina will feel they are losing a high-quality operator on the cheap, given the dwindling contract getting a healthy fee has to be viewed as a plus.

Particularly adept aerially, the powerful Serbian would offer an additional threat in both boxes whilst strengthening the options afforded to David Moyes. 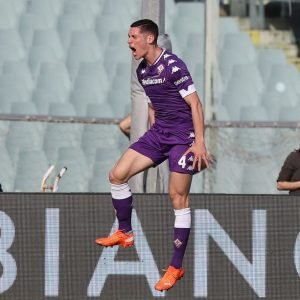 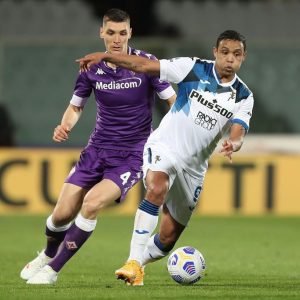