Former Premier League striker Kevin Phillips has backed David Moyes to reject any interest from Everton and remain at the helm in east London.

The West Ham boss is among the names linked with the vacant managerial post at Goodison Park following the departure of Carlo Ancelotti last week.

Having led the Hammers to a sixth-place finish in the Premier League – securing Europa League football – the Scot has unsurprisingly been tipped to make a return to Merseyside.

However, Phillips, a former top-flight top goalscorer, has told Football Insider that Moyes should rebuff interest and remain at the London Stadium.

Moyes had an amazing time there and it’s no surprise to hear that he is being considered for the job. Would David Moyes want to go back? I do not think so. He looks really happy at West Ham and he has created something special there. Why would you want to walk away from that? They finished sixth in the league and qualified for the Europa League. He got so much out of that group of players.

The 47-year-old went on to say he ‘doesn’t see it happening’ before comparing the two campaigns and lauding the ‘fabulous’ job done by Moyes with the Irons.

Contract talks are believed to be ongoing between the club and the manager as the hierarchy look to rectify their mistake in allowing the 58-year-old to leave the first time around.

Forget the need for a striker, tying Moyes down long-term would be one of the most important pieces of business West Ham will do this summer.

The fact he is being touted with other jobs is a mark of how well his boss has done with the Hammers.

Albeit unlikely given Moyes’ apparent commitment to the cause, having to find a managerial replacement ahead of a 2021/22 campaign containing European competition would be a disaster for the Irons. 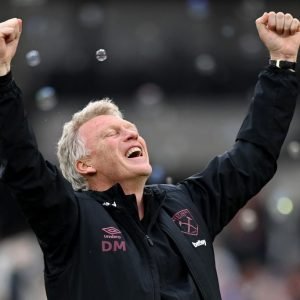 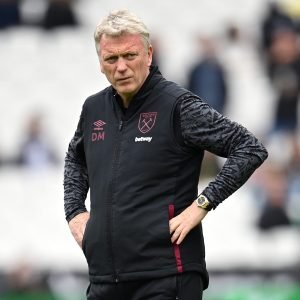