West Ham could be about to land their first summer signing as David Moyes goes in search of additional squad options to cope with the additional demands.

The Hammers finished sixth in the Premier League after punching above their weight for much of the 2020/21 campaign.

That 22-year high placing secured Europa League football for next season – thus imparting greater demands on the options at the London Stadium.

However, according to reports from Football Insider and as cited by West Ham Central on Twitter, the Irons could be set to name their first arrival in the coming days.

Twitter: West Ham are in advanced talks to sign Spartak Moscow midfielder Alex Kral and are willing to pay up to £20m to get… https://t.co/wh8hIFPiNb (@WestHam_Central)

Capped 16 times by the Czech Republic, the £9million valued ace is an international teammate of Tomas Soucek and Vladimir Coufal.

Signing reliable cover for Declan Rice and Soucek had to be viewed as a necessity over the summer.

Albeit the duo performed remarkably well, for the most part, Rice’s injury late in the season left the Irons short of quality options and ultimately saw the campaign fizzle out.

Kral is noted for his aerial ability and ball interceptions, two assets that lend themselves perfectly to the holding midfield position in Moyes’ side.

Should Alex Kral Be A Starter If Signed? 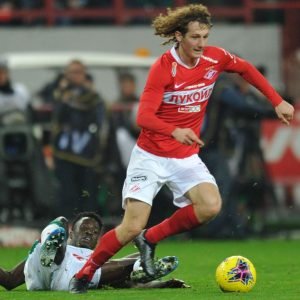 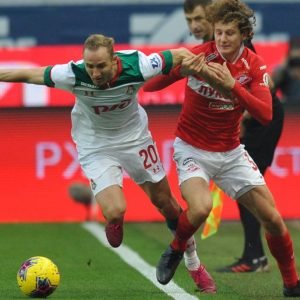