West Ham have been linked with a move for Sampdoria winger Mikkel Damsgaard in a report from Calciomercato (via Club Doria 46).

The report goes one step further and claims that the Hammers held a meeting with the 20-year-old as David Moyes makes a point of attempting to freshen up his squad at the London Stadium with young talent.

There is also interest in the Dane from London rivals Tottenham, as well as Serie A giants Inter Milan and Juventus.

Capped already by his nation’s senior side, Damsgaard – who is predominantly a left winger with capabilities of playing across the frontline – looks to have a bright future ahead of him.

In this season’s Serie A, the fleet-footed starlet has shown maturity beyond his years, contributing towards five goals in 18 appearances and earning an average Sofascore match rating of 6.74.

Moyes has made it his foremost priority to sign young talent of late, and Damsgaard could be the next in a long queue of prospects lined up by the Irons manager.

Building for the future is imperative if the Hammers are going to maintain their challenge in the upper reaches of the Premier League, so casting an eye on the next generation of talent can only be viewed a positive.

Having received praise from compatriot and former Premier League midfielder Christian Eriksen, the Sampdoria ace has been catching the eye of the game’s elite; and West Ham would be wise to be in contention in the summer, when it is expected that the Dane could move on. 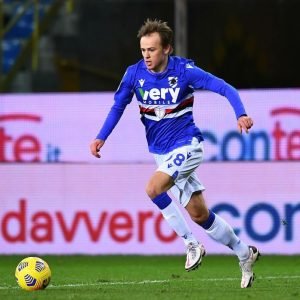 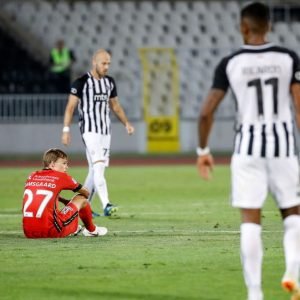