The ex-Villans marksman believes Irons winger Jarrod Bowen should be dropped and replaced with Michail Antonio.

Speaking to Football Insider, the 34-year-old believes Sebastien Haller deserves to retain his place in the side after his winning goal against Sheffield United last weekend, saying: “That goal will be massive for him. His body language as well looked like someone who was frustrated with himself and his lack of opportunities.”

Haller had been short on confidence and goals before his stunning strike last Sunday, which Agbonlahor believes could be the start of a frutiful period for the Ivorian. He said: “That goal hopefully will set him off on a run of scoring because that’s what West Ham fans want to see. They want to see a player they paid a lot of money for to bring the goods.”

With Antonio back in training, many would expect the talismanic forward to come straight back into Moyes’ side, and Agbonlahor reckons that Bowen should be the one to make way, saying: “I look at places on that pitch, for me, Bowen has not performed in recent games. Antonio has played most of his career as a right-winger so maybe Bowen loses his place to Antonio and Haller keeps his place up front. That might be something they look at.”

Agbonlahor also hinted at a change of formation which would see the Irons revert to two up top, something which seems unlikely given the Hammers’ recent successes with just one centre-forward in 2020/21

Bowen arrived in east London for £22m from Hull City in January and has a decent return of four goals and four assists in 22 appearances since then.

It’s a little unfair to criticise his recent performances as much of his influence has been as a defensive winger with plenty of tracking back to do.

With upcoming fixtures seemingly slightly more favourable, Bowen could well be freed from his inhibited role and resume making a profound impact in the final third of the pitch. 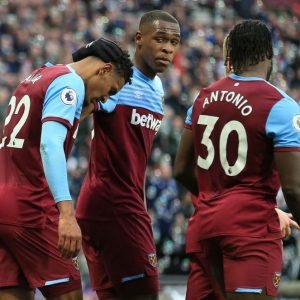 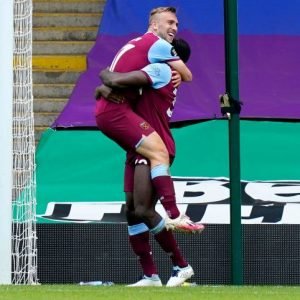