West Ham have been linked with a move for AFC Bournemouth centre-back Steve Cook in January but they may face competition for the 29-year-old.

Football Insider have revealed West Brom are also interested in the defender as both clubs attempt to bolster their options at the back.

The experienced defender’s contract at the Vitality Stadium expires next summer and it appears no new deal is on the horizon.

David Moyes made it a priority to strengthen his defensive reinforcements during the summer and brought in Watford man Craig Dawson, 30, on a loan-to-buy deal.

However, the Hammers have continued to be linked with winter moves for further options, including Strasbourg’s French defender Mohamed Simakan.

West Brom’s need for someone like Cook is perhaps greater, the Baggies have made a disappointing start to their return to the Premier League and recently sold Ahmed Hegazi, although manager Slaven Bilic was not pleased with the Egyptians departure.

Although Cook is an assured top-flight operator who would likely not let the Irons down were he to make the switch, at 29 and having just been relegated from the league with Bournemouth, any deal to bring him in would seem like somewhat of a sideways step by the club.

Had Cook arrived instead of Dawson on a loan deal for the season, Hammers would have been equally as satisfied with the business. The pair are of a similar ilk and experience levels.

Whereas to bring Cook in on a permanent deal with Dawson already at the club won’t excite the fans long term.

Instead, a move for Simaken in January or another young up-and-coming defender is a far more worthy venture

Would Steve Cook Be A Worthwhile Signing? 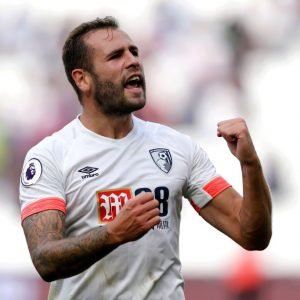 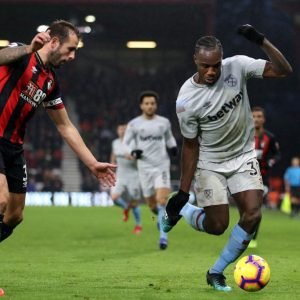