West Ham are reportedly looking at Boca Juniors midfielder Agustín Almendra, according to reports from TuttoMercatoWeb.

The Hammers are one of a number of clubs reportedly keeping tabs on the 20-year-old, as per the report.

The player isn’t playing regularly for Boca, making only six appearances so far this season, and is reportedly seeking a move away from the club.

Almendra’s price has reportedly gone down as well, which could be a boost in terms of West Ham’s chances of signing the player.

With Manchester United and Roma also looking at a deal for the Argentine star, the Hammers could be in for a tough battle to bring him to the London Stadium.

The Hammers were after a midfielder in the January window, with several players such as Roberto Gagliardini and Morgan Sanson linked with moves to the club.

David Moyes would eventually bring Czech midfielder Tomas Soucek in on a loan deal with an option for a permanent move, but it looks like West Ham were searching far and wide for a new central midfielder over the winter.

In terms of Almendra, any move to West Ham could depend on whether or not the Hammers stay in the top flight, with the midfielder unlikely to swap Boca Juniors for the Championship.

The Hammers can’t really compete with the likes of Manchester United and Roma if they are playing in the second tier, so, if they want to bring Almendra to the club, then they could really do with remaining in the Premier League.

Would Almendra be a good signing? 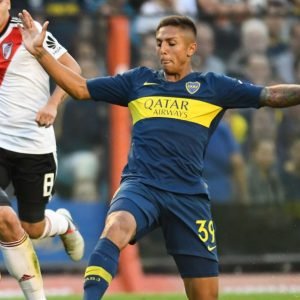 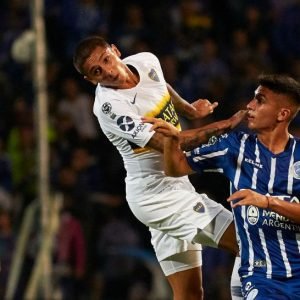