After they were unable to get anything out of the game against league-leaders Liverpool FC, West Ham United stand ahead of their possibly most important game of the season as they host Brighton & Hove Albion at the London Stadium on Saturday.

The Hammers will have two major boosts in their search for much-needed points. Their latest signing, Tomas Soucek, is ready to play and will be included in the squad along with Michail Antonio, who’s been deemed fit and is available for selection if David Moyes wishes to pick him.

Despite having these advantages, they still have to beat their opponents, Brighton, who have a player whose recent form suggests that he will be the Seagulls’ danger man.

After joining Brighton from Brentford for £19.5m, the 23-year-old has been nothing short of excellent in the 24 Premier League games he’s played so far.

With seven goals and two assists to his name, the Frenchman is averaging a goal involvement every 200 minutes, which makes him one of the best players in the lower part of the league table.

His pace and dribbling are just two of his biggest attributes, and when you add his very often clinical finishing (as proved with his spell at Brentford – 41 goals in 95 games) it’s clear that the 23-year-old will pose a threat to the Hammers.

Is Neal Maupay going to score past Łukasz Fabiański? 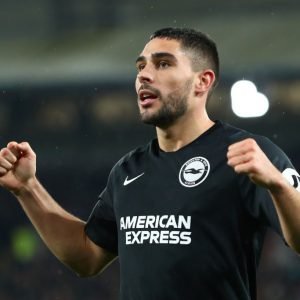 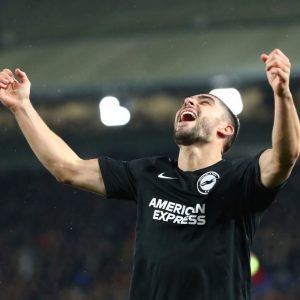