After winning only one of their previous 11 games, West Ham United travelled down south to face in-form Southampton in a relegation six-pointer.

There were four goals scored in the afternoon but only one of them counted. Sebastien Haller’s 27th-minute strike gave the Hammers all three points, leaving the Saints down in the relegation zone.

But despite finally getting a much-needed win, West Ham fans were left furious at today’s referees, Martin Atkinson and Jonathan Moss, as they felt that there were a few decisions that they and the VAR officials made catastrophically wrong.

Twitter: BREAKING: Southampton complete signings of VAR and Martin Atkinson just in time for the game against West Ham (@Ironsboy1966)

Twitter: @WestHamWaycouk most biased refereeing performance I’ve seen in a long time it will cost us watch (@StevieT1969)

Twitter: @WestHam Ahh so now VAR works. Didn’t work in the first half when there were two clear cut penalties. I guess you c… https://t.co/q3NAPUR2bi (@MichaelZdenek)

Twitter: @WestHam How is it not a pen?? Smashed through the back of him (@RobWaldon)

Twitter: @WestHam There was 2 penalties in one passage of play, Jon Moss obviously not watching in the VAR booth (@georgemoss77)

Twitter: @WestHam Total Joke. Officiating so far in the game has been awful. (@Tilbo_Tweets)

Despite looking very much comfortable for most of the game, the nerve-wracking final 15 minutes were only down to Martin Atkinson’s and Jonathan Moss’s incompetency.

West Ham were denied a clear penalty in the first half as Moss, sitting behind the VAR screen, failed to notice either of Jan Bednarek’s or Ryan Bertrand’s pushes on Michail Antonio and Sebastien Haller strong enough to be penalised.

In reality, Bednarek wrapped his hand around Antonio’s neck and brought him down while Bertrand jumped into Haller from behind making him lose his footing when going for Aaron Cresswell’s cross.

Atkinson also dismissed several pushes and fouls on Antonio throughout the entire game as the forward grew visibly more frustrated with every decision.

In the dying minutes, Southampton had a good chance of creating danger from a free-kick that followed after Atkinson failed to spot a dive from Moussa Djenepo, despite being directly in front of the challenge.

He also received a lot of criticism for disallowing Antonio’s goal for a handball, but that’s not down to either him or Moss, but due to the new handball rule.

REMINDER: “Any goal scored or created with the use of the hand or arm will be disallowed this season even if it is accidental.” 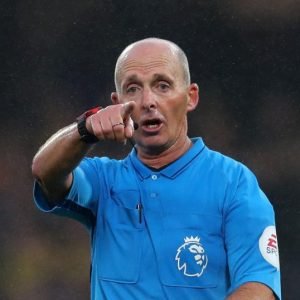 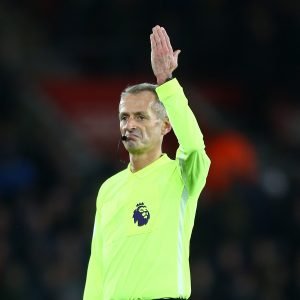