West Ham are reportedly at the ‘forefront’ of the pursuit for Hellas Verona attacking midfielder Antonin Barak.

The Hammers have long since been linked with a move for the 27-year-old and could finally be preparing a strike.

West Ham still have interest in Hellas Verona midfielder Antonin Barak. However, his hat-trick and assist in Sunday’s 4-2 win over Sassuolo has led Verona to lean towards keeping him. (Calciomercato)

Currently enjoying a purple patch of form in Serie A, Barak netted a hat-trick and provided one assist against Sassuolo last weekend.

According to a fresh report from Tuttomercatoweb, David Moyes maintains an interest in the Czech Republic international.

The report claims that the 28-cap ace ‘will be ready to take flight’ in the summer amidst interest from East London and AC Milan.

This season Barak – a self-confessed Arsenal fan – has scored eight times and provided four assists in 18 Serie A appearances.

Valued at £14.4million (Transfermarkt), previously a report from Calcio Hellas has claimed the midfielder could be available for around £17million.

At that price, the signing would make an abundance of sense despite the priorities seemingly lying elsewhere within Moyes’ squad.

A vastly experienced operator for both club and country, Barak’s ability to operate in more advanced areas than Declan Rice, Mark Noble and compatriots Alex Kral and Tomas Soucek would add extra variety to the midfield department.

Perhaps a difficult deal to do right now, with Noble and Kral both potentially heading to pastures new in the summer, a ready-made replacement could already be in place. 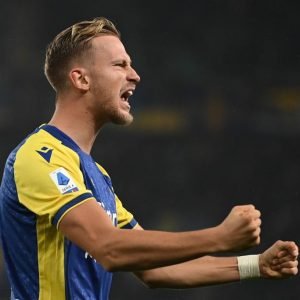 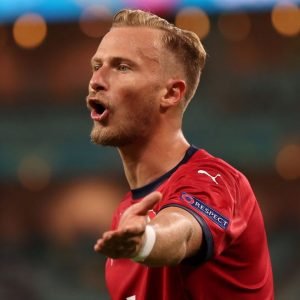