West Ham have been billed as ‘long-term admirers’ of Liverpool defender Nat Phillips.

The 24-year-old looks almost certain to leave Anfield during the January transfer window after the Merseyside club recalled centre-back, Rhys Williams, from a loan at Swansea City.

Continuous linked with the Hammers, David Moyes’ search for a defensive addition may be set to heat up.

According to a report from Goal, as cited by Neil Jones on Twitter, the Irons remain in the frame to land Phillips.

Liverpool set to recall Rhys Williams from loan spell at Swansea, with Nat Phillips expected to leave before end of transfer window.

This season Phillips has made just four appearances across all competitions having featured 20 times in 2020/21.

Valued at £7.2million and under contract until 2025 (Transfermarkt), the report states that Liverpool are ‘keen for a straight sale’ of their man following a loan bid from Watford.

That would mean that the Hammers would have to get close to a mooted £15million asking price in order to make the deal happen.

Undoubtedly in need of a centre-back to cover for Angelo Ogbonna and beyond, Phillips’ experience, style and fee make the Englishman a perfectly viable option to bolster Moyes’ squad. 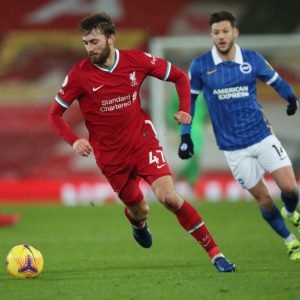 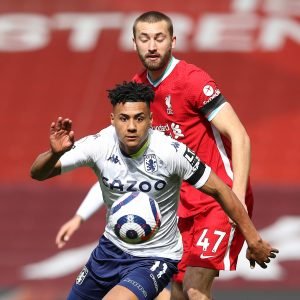