West Ham will be hoping to make it five consecutive victories in all competitions when Leeds United arrive at the London Stadium in the Premier League.

Having suffered a dip in form prior to Christmas, the Hammers are on the up once more and three points in East London will further cement a top-four spot.

David Moyes’ men were buoyed by the return of Aaron Cresswell against Norwich City last time out when an in-form Jarrod Bowen struck twice.

West Ham have picked up again after their little slump in results and have now won four games in a row in all competitions. That run included their win over Leeds in the FA Cup last weekend and I am going to go for the same outcome this time. The Hammers are very powerful and such a difficult side to play against now with the pace they have in attack. I don’t see Leeds in any danger of the drop, but I also can’t see them keeping West Ham out.

This will be the third time the two sides have met this season, with West Ham coming out on top in both the league and the FA Cup previously.

Leeds have been injury-hit for a number of weeks and look set to be without key players again such as Diego Llorente, Liam Cooper and Patrick Bamford.

Whilst it’s somewhat of a surprise to see Lawrenson tip the Hammers to win, this is a no-brainer amongst most tipsters.

Back in-form and facing a Leeds side struggling to get going, there can be no doubting that this is a golden opportunity for Moyes’ charges to capitalise.

With the meeting between London rivals, Tottenham and Arsenal postponed as well as Manchester United already dropping points, West Ham could make a huge statement here. 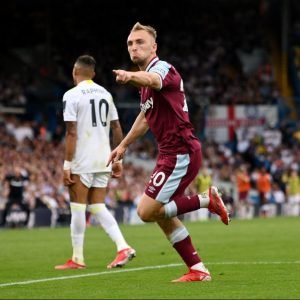 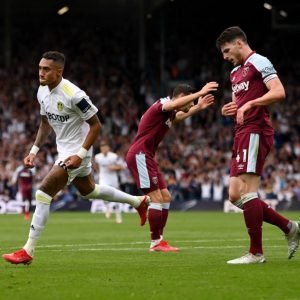 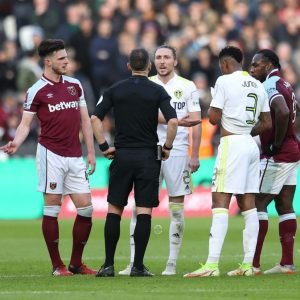