West Ham midfielder Declan Rice has been growing in stature as a player week in week out in recent times for both club and country – but he may also have undergone physical growth.

That’s according to former Premier League striker Chris Sutton, who told 606 on BBC Radio 5 Live Sport that he thinks he has noticed a discernible increase in strength in the 22-year-old.

He seems to have become really powerful, bulked up a little bit. He looks stronger.

Rice has certainly become a mainstay for both club and country this season and has taken on added responsibility at the heart of both sides.

With Hammers club captain Mark Noble rarely seen from the start this term, the London-born ace has also taken on the captaincy with David Moyes’ side.

Rice’s physicality was always likely to increase as he got older and played more football.

But there’s no doubt this season has been a true coming of age campaign, in all aspects of his game.

Perhaps the arrival of Tomas Soucek alongside him has further inspired the England man to further bolster his attributes, strength included.

The West Ham star could be back in action tonight when Gareth Southgate’s England side face Poland. 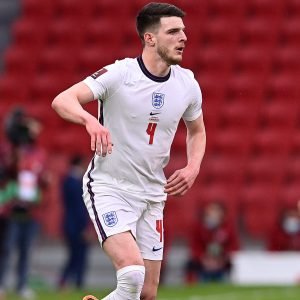 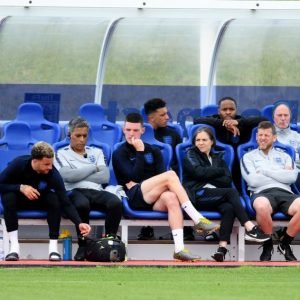