Speculation has been rife around Rice’s future for some time, with a return to Chelsea touted as the most likely switch.

Speaking on his FIVE YouTube channel, Ferdinand believes it is “inevitable” that Rice will leave and has tipped Chelsea to win the transfer battle despite interest from his former club Manchester United. The 42-year-old said:

If it happens, it will be between the clubs. I don’t think he’s going to be the person that instigates it. I think he’s quite a laid-back kid in that sense but he’s a driven kid. He’s someone who wants to achieve, better himself and improve.

Good luck to him. I think it’s inevitable he will go but I think – if I’m being realistic – he will go in the summer and I think it would be to Chelsea if he had his wish.

Rice has been pivotal to West Ham’s positive start this season and has captained the side on the field in the absence of Mark Noble.

Much has been made of the potential fee for the England star in the past, and Ferdinand has urged West Ham to “get as much as they can” for him.

West Ham may need to qualify for Europe in order to boost their chances of keeping Rice at the club.

Should the Irons land Europa League football for next season, which isn’t out of the question, there is a chance the club could convince the midfielder there is nothing to gain in leaving – especially if Chelsea fail to qualify for the Champions League.

Can West Ham Keep Declan Rice Beyond This Season? 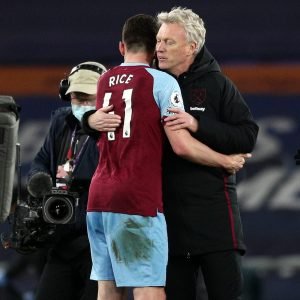 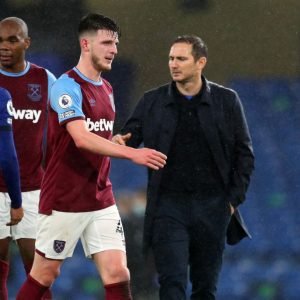