Former Liverpool and England defender turned pundit Jamie Carragher has stated his belief that Declan Rice doesn’t get the credit he deserves.

Speaking after England’s 4-0 victory over Iceland on Wednesday night, in which Rice scored the opening goal, Carragher told Sky Sports: ”He plays every game now for England so we talk about who are the first names on the team sheet, it almost looks for the manager, he is one of them.”

Rice has quickly established himself as both a Hammers regular and a Three Lions starter as the defensive midfielder matures, but Carragher believes the 21-year-old remains underrated.

The Liverpudlian said: “There was such a big build-up for Declan Rice when he came in and was doing so well for West Ham, so then people start looking a bit closer, he gets in the England team, he got a little criticism which I thought was a little bit harsh.

“I’m a big fan of Declan Rice. When he plays in that central midfield position, I don’t think he gets enough credit for his passing ability.”

The midfielder has taken the West Ham armband in the absence of club captain Mark Noble and has played every minute for the Irons so far this season in the Premier League.

Rice’s opener was his first England goal on what was his 13th cap for his country of birth after making the decision to represent the nation over the Republic of Ireland, whom he represented at youth levels and briefly senior level.

For someone still so young, Rice has already made himself a huge part of the plans for both club and country, something for which he possibly isn’t given due credit.

Rice has already made 107 Premier League appearances and leads the way in this season’s passing figures for the Hammers, an area of his game rightly singled out for praise by Carragher. 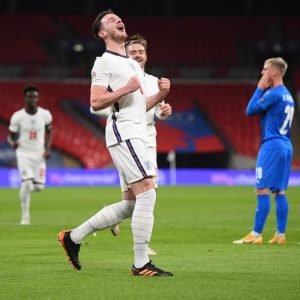 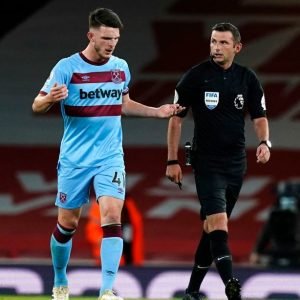