West Ham United teenager Joseph Anang is set to be promoted into the senior team next season, according to a report on Ghana Soccer Net, and this news could go some way to hint at David Moyes’ Hammers plan.

As stated in the report, the 19-year-old has been impressive for West Ham’s Under-23 side this season, putting in some fine displays in the Premier League 2 Division 2.

The Hammers are unbeaten and sit at the top of the league table, with Anang contributing by keeping eight clean sheets in the process.

Anang was the hero for the Under-23s recently as they advanced into the semi-finals of the Premier League International Cup.

As stated on the official club website, the goalkeeper saved two penalties during the shootout against Derby County to set up a semi-final date against Arsenal.

Earlier this season, Moyes revealed that he has a plan of building a young and hungry West Ham team, preferring players under 25-years-old.

This decision to potentially move Anang into the first-team set up proves that he actually means what he said and that he could be preparing the team for some big changes ahead of next season.

Moyes has already proven his willingness to trust youth, placing faith in 19-year-old full-back Jeremy Ngakia, who seems to have cemented a starting role in the senior side.

The Hammers academy is filled with talent and it will be refreshing to see many of them actually get a first-team chance, rather than continue to be loaned out and eventually sold.

Do you think Anang will be West Ham's number one soon? 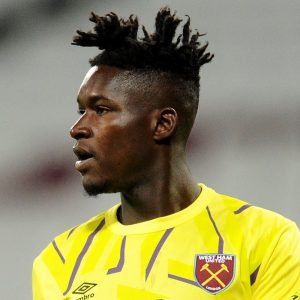 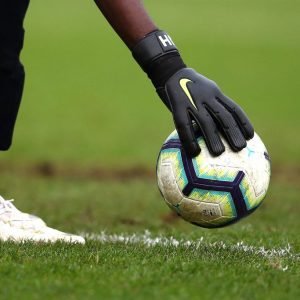