The Evening Standard’s Jack Rosser has confirmed that there is no release clause to be triggered in Jarrod Bowen’s West Ham United contract if the club gets relegated.

The winger arrived from Hull City on deadline day in the January transfer window for over £20m (BBC Sport) and has already netted his first goal for the club, scoring the opener during the 3-1 victory over Southampton at the London Stadium.

The Hammers are at risk of dropping down to the Championship but the journalist confirmed that if they do get relegated, that won’t trigger a release clause, rather it would only mean a reduction in Bowen’s wages.

Rosser said during his Q&A:

Relegation was a sticking point for Bowen’s deadline day move. The player and agent were pushing for some sort of release clause to come into play should the club be relegated at the end of the season.

However, that never made it into the deal. What is included is that – as is common practice at many Premier League clubs – Bowen’s wages will take a hit should the Hammers drop into the Championship.

We believe that this is great news for the club because it means that even if they go down, they’re likely to keep hold of their new acquisition, who was so prolific in the Championship. The club will also benefit financially due to Bowen’s wages decreasing

Bowen had multiple suitors in January and if the Hammers go down, many clubs may turn their attention to him again, but without any formal clause in his deal, he’s obliged to remain with the Hammers, unless they choose to cash in.

Bowen has shown that he has the quality to be a regular in the top-flight, causing problems for Mikel Arteta’s Arsenal at the Emirates.

However, moving down to the Championship shouldn’t be a problem for Bowen, who scored 16 times in the division this season before his move to London. However, after he’s tasted top-flight football, we’re certain that he’ll be determined to keep the Hammers up.

Who's the better winger? 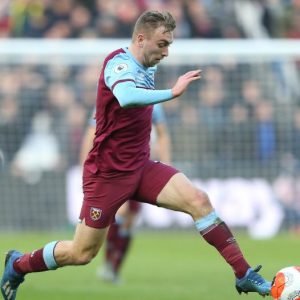 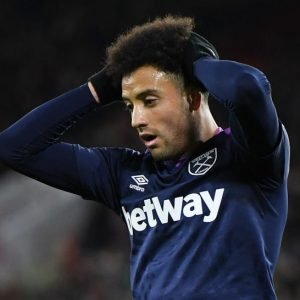