The Canaries have officially confirmed the signing, with Byram penning a four-year deal at Carrow Road – following their promotion from the Championship last season.

Twitter: Sam Byram becomes our fourth signing of the summer, joining on a four-year deal from West Ham United! According to Sky Sports, Norwich have paid £750k to sign Byram, who had just one year left on his contract at West Ham.

The right-back joined West Ham from Leeds United for an undisclosed fee in 2015, but never managed to get a consistent run of games at the club.

He made just 36 appearances for the Hammers in four years, and was loaned out to Championship side Nottingham Forest for the second-half of last season – playing eight times. 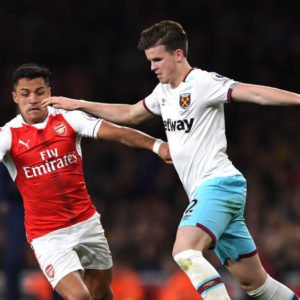