West Ham have had a great week in terms of incomings to the London Stadium and another player is set to follow suit.

Slaven Bilic is in the market for a new midfielder after selling Havard Nordtveit to Hoffenheim and the Hammers have been linked with Jota throughout the summer window.

The 26-year-old arrived in English football at Brentford in a £1.3m deal from Celta Vigo and scored 11 goals and provided three assists in 42 Championship appearances in his debut season at the club. 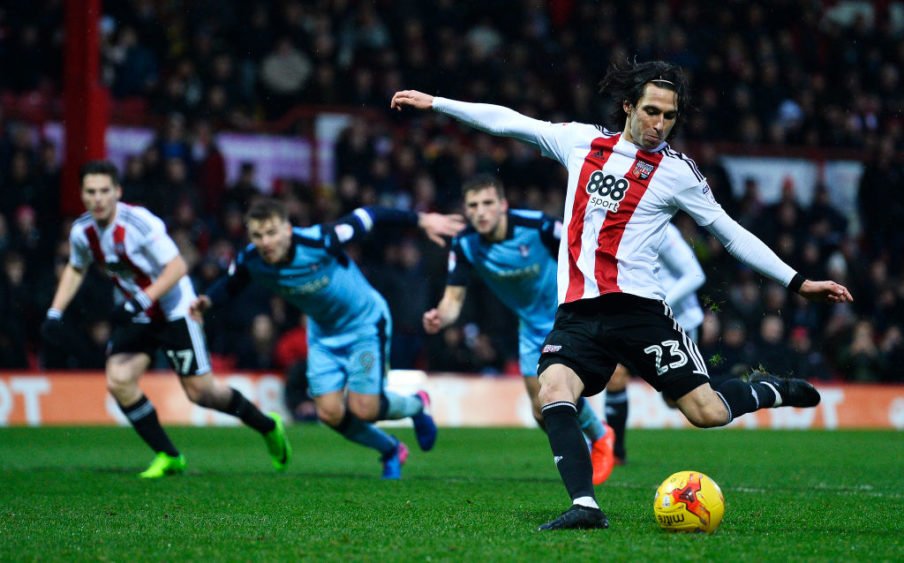 His second season was derailed by an ankle injury before he joined Eibar on a 12 months loan in January 2016. After returning to Brentford in January 2017, Jota once again found his stride, scoring 12 goals and laying on five assists in 21 League appearances in the second half of the season.

With his contract expiring at the end of next season, Jota has received a lot of interest from Premier League clubs and with Brentford pressured to sell or risk losing him on a free, they have been resigned to the fact that he will leave this summer.

Able to operate in an attacking midfield role or on either wing, Jota will be another addition to a vastly improved West Ham attack that will feature Marko Arnautovic and Javier Hernandez when their moves from Stoke and Bayer Leverkusen respectively are finalised.

Linked with the likes of Everton, Swansea and Burnley, a deal for Jota could be wrapped up soon to become the Hammers’ fifth summer signing.