West Ham will be looking to repeat their Carabao Cup heroics and beat Manchester United at Old Trafford.

The Hammers had returned to their previously consistent ways prior to a shock defeat at the hands of Leeds United last weekend.

Despite that loss, David Moyes’ side still sits inside the Premier League top four and will be hoping to put yet more distance between themselves and the chasing pack.

Writing in his weekly BBC Sport prediction column, Mark Lawrenson has suggested that the Irons may struggle to take all three points.

The race is on for the Champions League places with only two points separating West Ham in fourth and Manchester United in seventh. Ralf Rangnick’s side, who have got a game in hand on the Hammers, are still a hotchpotch of a team, but they managed to beat Brentford on Wednesday which was hugely important for their season. The Hammers are pretty consistent, but the problem with predicting Manchester United games at the moment is that you don’t know what kind of performance you are going to get from them. Every time they play it seems to be a different story.

Ahead of the match in Manchester, Moyes confirmed both Kurt Zouma and Tomas Soucek could return to the matchday squad.

Whilst it’s a particularly difficult clash to predict, it’s hard to disagree with Lawrenson’s reasoning.

In the main, the Hammers have been consistent this season and Manchester United have been the polar opposite.

If Moyes’ men can leave the North West with all three points it would be another huge statement victory. 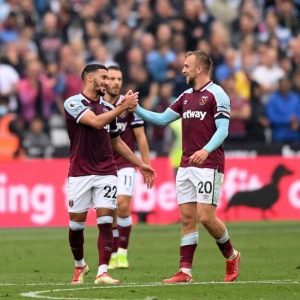 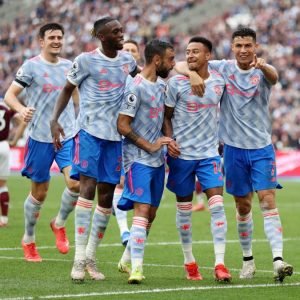 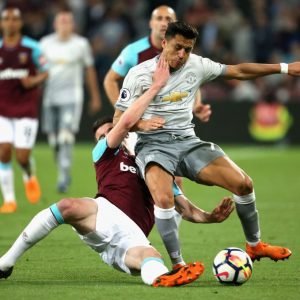