In an amusing transfer twist, Slavia Praha president Jaroslav Tvrdik has admitted he constantly has West Ham fans asking when Slavia’s finest talents are making the switch to the London Stadium.

Both Vladimir Coufal and Tomas Soucek were plucked from the Czech capital and have since cemented their place as deserving Premier League talents.

Tvrdik’s club have managed to push on without their two talents however and are on course for an unbeaten season in the Czech top flight.

Slavia caused a major continental tremor with their Europa League win over Leicester City in another encouraging sign that the Prague-based side must be in the conversation as a producer of talent that is not to be ignored.

Tvrdik has since named the two players that Hammers supporters want: the prolific teenage marksman Abdallah Sima (who scored against Leicester) and goalkeeper Ondrej Kolar.

Sima has scored 19 goals in 29 games this season and is quickly attracting the attention of other clubs, with the Irons themselves having been linked with a summer move for the hitman.

Reports earlier indicated that Juventus and Arsenal are also looking at Sima and the Senegalese prospect is on course for a major European move.

Speaking to O2 TV Sport [via Sport Witness] he said:

“Thousands of West Ham fans write to me on Twitter without exaggeration. They’re asking when Sima or Kolář are coming.

“They feel they should have a pre-purchase right. But that’s not the situation, we don’t have a partnership. Maybe we’ll get there in time.”

“In the winter, we had an offer of €10m from a leading Premier League club. But we wouldn’t sell him for €20m. Now we know about offers for the summer, which range from €20m to €25m,” he explained.

“Of course, it is difficult to overtake, but the amount that The Sun speculates about would be difficult to refuse. This is for five years of operation of Slavia, and we would still build a youth academy of Abdallah Sima.”

A sense of mild entitlement to Slavia players seems to have Tvrdik reaching for the paracetamol.

It is unclear as to whether the Irons hold any advantage over rival suitors in pursuing deals for West Ham talents, though a previous relationship between the clubs from previous deals could be a trump card against the likes of Arsenal and Juventus.

Should Sima be the Hammers' top summer target? 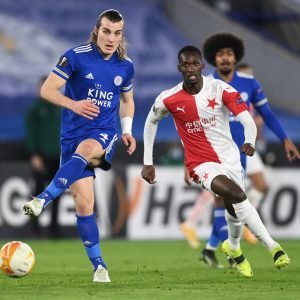 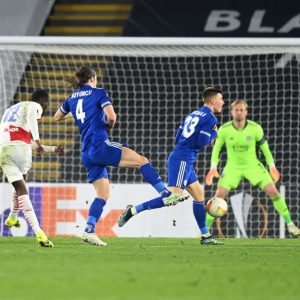