West Ham have reportedly submitted a £6.3m bid for Napoli striker Arkadiusz Milik – but can he step up to fill the gap left by Sebastien Haller’s departure to Ajax?

The Ivorian international recently departed for less than half of the fee paid by the Hammers for his services in 2019 as David Moyes openly admitted that the West Ham board felt a bid of just £20.2m was too good to ignore.

A tall and powerful striker, Haller was by no means abysmal but struggled for consistency during his time at the London Stadium. He only managed 14 goals in 53 appearances for the Hammers in a disappointing goal return which failed to live up to the expectations that his club record £45m fee may have brought about.

By comparison, his time with Eintracht Frankfurt in the Bundesliga saw him net 33 goals and supply 19 assists in just 77 appearances for the German outfit.

With Michail Antonio currently the only senior centre-forward at West Ham, there is an inevitable urgency that is required in bringing in suitable cover for the 30-year-old.

A reported swoop for out-of-favour Polish international Milik would be a superb transfer masterstroke for two key reasons. Out of contract in the summer, he has managed 109 goals in 265 appearances in his senior career for teams such as Ajax, Augsburg and Napoli.

At just 26 and with an impressive goalscoring record to call upon, Milik could fulfil the target man role that Haller was meant to provide. Valued at just under £20m, West Ham’s seemingly low offer could be accepted, with Napoli supposedly keen to get the striker out of the club.

Milik could bring experience, quality and longevity to Moyes’ plans – all for a fee which would still leave change from the windfall reaped from selling Haller. 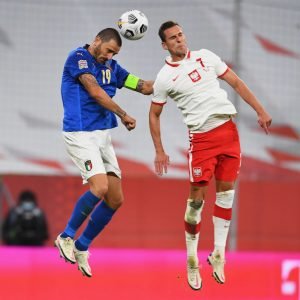 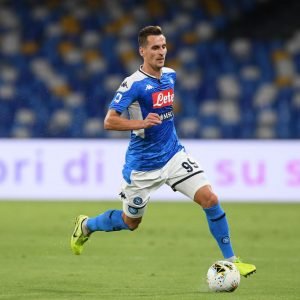