West Ham could have been handed a boost ahead of the trip to Premier League holders Liverpool on Saturday as Jurgen Klopp’s side defensive injuries mount up.

After losing Virgil van Dijk for what is likely to be the duration of the 2020/21 campaign following a tackle by Jordan Pickford during the Merseyside derby. Liverpool were dealt a further blow on Tuesday night as Fabinho, who has been filling in for Van Dijk, was forced off during a Champions League Group D match with a hamstring problem.

The Hammers travel to Anfield with their own injury concern as Michail Antonio aims to be fit to lead the line, and come up against what could be a fragile hosts defence.

With Joel Matip also sidelined, Klopp, will likely turn to either Rhys Williams or Nat Phillips to partner Joe Gomez at centre-back.

19-year-old Williams replaced Fabinho and helped keep a clean sheet against Danish side FC Midtjylland, although the Irons will be hopeful of carrying a far greater threat and potentially exploiting the inexperienced defender, who is yet to make a Premier League appearance.

David Moyes’ side should go into the match filled with confidence on the back of their own results, confidence which can only be boosted by the unfortunate injury situation at Anfield.

Should Antonio be passed fit for the clash, his form and constant pressure he imposes on defenders will be key to the Irons competing in the match.

In Antonio’s absence, it is likely £45m man Sebastian Haller will be given the opportunity to impress once again in what has been a disappointing Premier League career to date.

Moyes will know his side face a difficult challenge regardless of injury, Liverpool remains a strong outfit and the Hammers will have to be on top of their game once more to get a positive result. 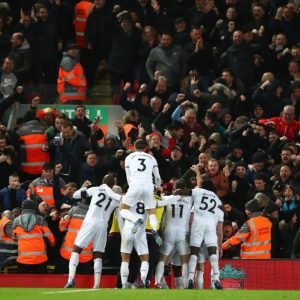 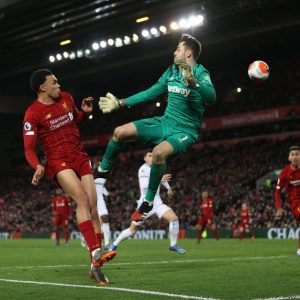