Former Tottenham Hotspur shot-stopper Paul Robinson feels that Declan Rice could be doing a lot more for West Ham, a comment which might not go down too well with members of the Hammers’ fanbase.

Rice has been a constant figure in the West Ham XI so far this season and has been one of the team’s best performers.

Despite this, Robinson feels there is still room for improvement. As stated on Football Insider, he said:

I like him. I think he is a great player but he can add more to his game.

I rate him but there is still a lot more to improve upon. He is not there yet, but there is the potential to be a top-class player.

Although Robinson puts a positive spin on his comments, it’s clear to see that he doesn’t feel Rice is the complete player yet, which we feel Hammers fans should rightly disagree with.

The midfielder has been immense at both ends of the pitch for the Hammers, significantly outshining club captain Mark Noble.

As stated on the official Premier League website, Rice has made 87 tackles, 61 interceptions and 249 recoveries this term, whilst also winning 11 more aerial battles than he has lost, showing that he is an asset defensively.

In addition to that, he has also provided two assists (Transfermarkt), showing he is valuable in an attacking sense too.

He hardly puts a foot wrong in midfield for the Hammers so we’re finding it difficult to see exactly where he could improve.

Is Rice a complete midfielder at the moment? 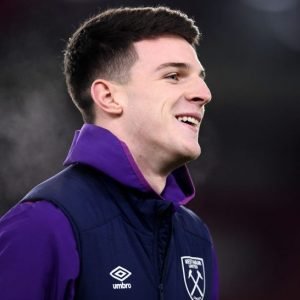 No, he can improve 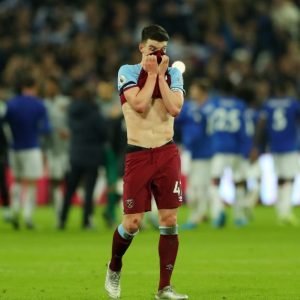