Danny Mills has revealed that he does not believe that Spanish midfielder Pablo Fornals has enough fight and grit to help West Ham avoid relegation to the Championship.

Speaking to Football Insider, Mills revealed that he believes Fornals isn’t the type of player that David Moyes needs in a relegation survival bid.

Fornals wasn’t even in the squad for the defeat to Manchester City on Wednesday night and hasn’t started since the Everton game in January.

Mills revealed that he believes that Fornals simply hasn’t got what it takes to help West Ham beat the drop.

I think David Moyes now wants players that are prepared to fight, scrap, kick, do everything they possibly can to get themselves out of trouble.

Pablo Fornals is not necessarily one of those type of players. Where they are, it’s not about ability any more. It’s now purely about fight, determination, spirit and desire.

Dismissing Pablo Fornals’ ability and saying that he lacks “fight” seemd quite harsh.

Yes, West Ham will have a job on their hands, but “passion” and “spirit” alone don’t win football matches at the end of the day, you need players with quality who can produce moments of magic.

Fornals being frozen out of the team is almost disrespectful to his ability, and Moyes could be wasting a key asset be freezing him out.

Moyes should, in my opinon, hand Fornals a start with his three assists and one goal already showing that he can be somewhat of a provider for the Hammers.

Should Fornals start for West Ham? 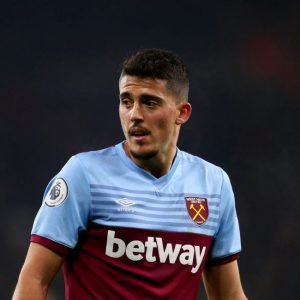 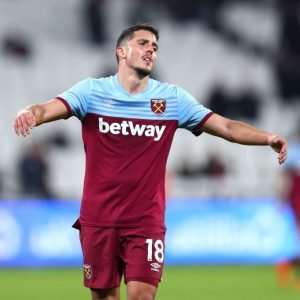