Liverpool fans will join West Ham supporters in protest against the ownership of David Gold and David Sullivan when the two clubs face off next Saturday.

The Hammers sit in a perilous situation in the bottom three of the Premier League and without a win since New Year’s Day.

West Ham have a huge task ahead of them, and it doesn’t get easier with the Hammers’ current schedule. Trips to the Etihad and Anfield are coming up for West Ham, who are in desperate need of points to pull themselves out of trouble.

However, off the pitch, West Ham have been protesting against their owners, with fans complaining about the promises that have not been kept by the current ownership group, alongside the move to the London Stadium.

Liverpool fans are now reportedly set to join in, with the Kop faithful set to fly a flag protesting against the West Ham owners in return for donations to the local food bank.

Twitter: We’re hearing that Liverpool will fly a #GSBOUT flag on the Kop if we donate to the local food bank. #COYI #WHUFC #GSBOUT (@gsbout)

Several West Ham fans have taken to Twitter to back the move, with many thanking them for helping with their cause.

Twitter: @gsbout How much do we have to raise and where is the link? If this happens I will not tweet a bad word about that… https://t.co/vxzEnsji3b (@_CarltonCole9)

Twitter: @gsbout Working class people, always look out for each other. (@poplarjohn)

Twitter: @gsbout Love this. GSB will hate this, as it is going to be live on Sky aswell👀 (@AdamHuberWHU)

Will GSB ever sell the club? 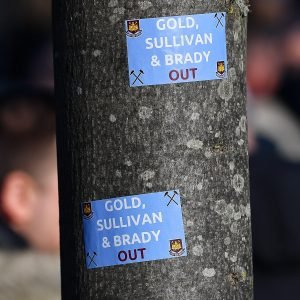 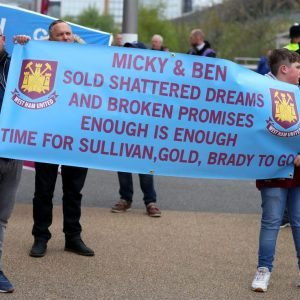