Slavia Prague have officially confirmed that they have given permission to midfielder Tomas Soucek to travel to West Ham to undergo a medical.

Twitter: ℹ️ | Tomáš Souček was given permission by the club to travel to London for medical and further negotiation about po… https://t.co/Q6AYfy6SLQ (@slavia_eng)

Soucek is now due in London for further talks with the Hammers before officially completing his move to the Premier League.

Football London reported that West Ham are eyeing up a loan move for Soucek, with the option to sign him permanently in the summer for an undisclosed fee.

Soucek has been in impressive form for Slavia Prague this season, with eight goals in 17 games from holding midfield in the league. He has also recorded a WhoScored rating of 7.35 in the Champions League this season, showing that he has the ability to perform to a high level against the best of the best.

He is also only 24, which means he still has room for improvement and could be a player who West Ham help progress over time. Soucek could be a wise investment for the Hammers, especially considering his top performances in the Champions League, which bode well for his potential introduction into the Premier League.

West Ham just need to hope that the medical is completed without a hitch and personal terms can be agreed, then they will be able to officially land their man this month. 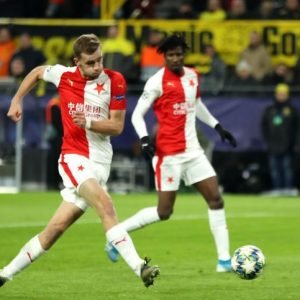 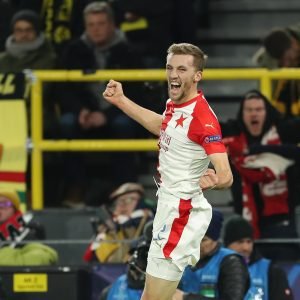