Many West Ham supporters will be forgiven for forgetting Luis Jimenez ever was a Hammer – but it really happened.

Between 2009 and 2010, the Chilean was indeed a West Ham player, appearing just 12 times in all competitions scoring one Premier League goal in a 5-3 victory over Burnley.

Jimenez left east London at the end of his loan spell and heading back to Inter Milan before becoming somewhat of a journeyman across a plethora of countries and leagues.

Currently plying his trade back in his homeland for CD Palestino, a 36-year-old attacking midfielder was recalled to the Chile squad for his nations friendly against Bolivia.

Beyond simply being satisfied with ending a 10-year wait for his 26th cap, Jimenez slotted home his 2nd international goal in a 2-1 win.

Major brownie points to anyone who remembered the Chilean as a Hammer.

Given how his career panned out after his spell with the club, it’s perhaps clear to see why he didn’t stay too long.

Truthfully, Jimenez never outstayed his welcome anywhere, amassing 15 different clubs throughout his distinguished career – with a few years left to add to that figure as well. 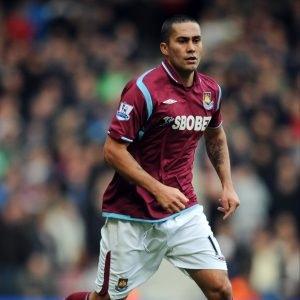 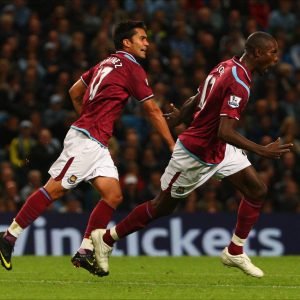