West Ham accelerated their hunt for a new striker by inviting the agent of Vincent Aboubakar to London, according to Fotospor [via Sport Witness].

The 29-year-old is another rumoured centre-forward target who could be on his way to David Moyes’ side and he has 11 goals and two assists in just 16 top-flight appearances for Turkish side Besiktas this season.

The Cameroon international boasts a wealth of experience in European football from his time with FC Porto as well as the likes of Lorient and Valenciennes in France.

According to Fotospor, West Ham ‘wanted’ the striker and were ready to offer a sufficient amount of money to bring him to the London Stadium in the January transfer window.

The club went so far as to invite the player’s agent to London to hold talks over ‘personal matters’. However, the player is likely to pull the plug on any possible Premier League move, as he feels settled and ‘happy’ at his current club and appears uninterested in resettling his talents elsewhere.

According to Fotospor, he well-respected at his current club and does not want to let them down by leaving at this stage in his career.

The player’s loyalty to his current employers has to be commended, but the news may come as a disappointment to Hammers fans. The prospect of playing for any Premier League side, let alone a team vying for European football such as the Irons, should ordinarily be an attractive one.

West Ham’s hunt for a centre-forward looks likely to be a saga which could run right up to the transfer deadline next Monday.

Has Aboubakar made a mistake by snubbing West Ham? 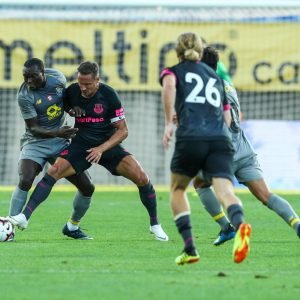 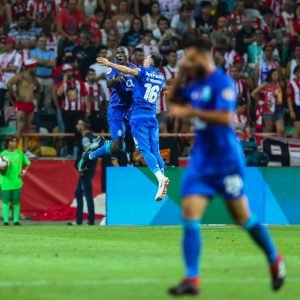