Recruitment from Prague-based clubs seems to be a common occurrence for West Ham, and the latest reports linking 19-year-old Senegalese prospect Abdallah Sima with a move to the Irons fits the trend.

The young prospect, who features for Slavia Prague, could follow in the footsteps of Vladimir Coufal and Tomas Soucek in making a switch from the Czech capital to east London in search of Premier League football.

According to The Mirror [via Claret & Hugh], West Ham are prioritising an immediate reinvestment of the £20m windfall from the sale of Sebastien Haller into a move for Sima.

However, just as the Hammers look to bring in an immediate replacement for Haller in the teenager, how does he shape up against long-time reported target Joshua King?

The 28-year-old Norwegian has been a mainstay of Bournemouth’s plans since his move from Blackburn in 2015. Scoring 47 goals for the Cherries in the Premier League alone, King boasts plentiful top-flight experience and a proven eye for goal.

With just six months left on his contract, King could be picked up for a fraction of the fee which would be needed to take Sima to London.

The Senegalese teenager is by no means a bad option but could be an expensive risk in a position which comes with an expectation to deliver in the final third.

He has eight goal involvements in as many Czech league appearances this season, but has no proven top European experience beyond the Europa League.

The rationale behind accepting a major loss on Haller in the first place was due to concerns over productivity in front of goal, with Moyes confirming that the Hammers feared an offer as good as Ajax’s would never come again.

Sima is an attractive prospect, but the finances of a possible deal and the experience of King makes him a more viable option. West Ham can’t afford any major risk with their next centre-forward purchase.

Should Sima or King replace Haller? 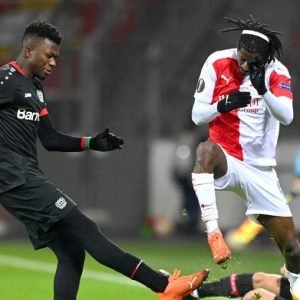 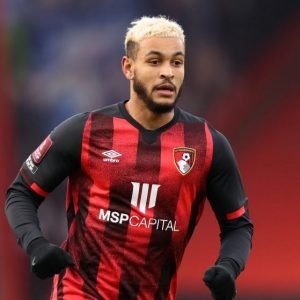