West Ham have been handed a potential injury blow, with on-loan midfielder Tomas Soucek potentially being ruled out for the rest of the season.

The Czech midfielder was taken off early into the second half of the Hammers’ defeat at Anfield, with eventual goalscorer Pablo Fornals coming on in his place.

Speaking after the game, it was revealed that the Czech star had  suffered an adductor injury, one that could keep him out for the remainder of the season.

The player has had a previously good injury history, with the Czech having a clean bill of health before joining West Ham on loan in January.

Soucek joined West Ham on a temporary basis, with the club having an option to make the deal permanent this summer, an option which can be activated if the Hammers remain in the Premier League.

Several West Ham fans took to Twitter to react to the news, with a lot devastated that the player could potentially be out for the remainder of his loan spell at the club.

Twitter: Soucek never been injured in his whole career apparently. Joined West Ham. Now could be out for almost the whole se… https://t.co/DryE4N2lln (@Denner7s)

Twitter: i’m hopeful Soucek won’t be out for too long.

He wins so many aerial duels in midfield, I think he will have the e… https://t.co/BAhNIvXJFS (@RockyWhu)

Twitter: Soucek has never been injured in his career. 3rd game for West Ham and he gets injured. (@georgemoss77)

Is losing Soucek a blow for West Ham? 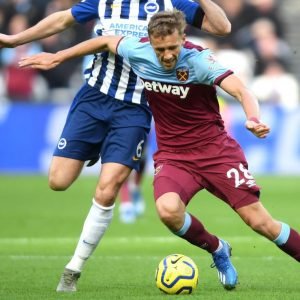 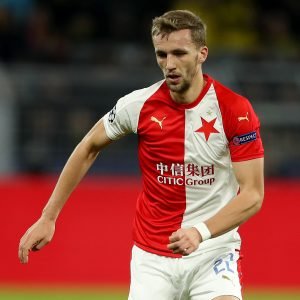